Charley Pride, the first Black member of the Country Music Hall of Fame, has died of complications of the novel coronavirus. He was 86. His spokesperson announced the singer’s death… https://www.eonline.com/news/1218231/country-music-legend-charley-pride-dead-at-86-from-coronavirus-complications?cmpid=rss-000000-rssfeed-365-topstories&utm_source=eonline&utm_medium=rssfeeds&utm_campaign=rss_topstories

Charley Pride, who died of coronavirus complications at 86, spoke to E! News in November about his amazing country music legacy.

Comedian Sinbad is Recovering From a Recent Stroke 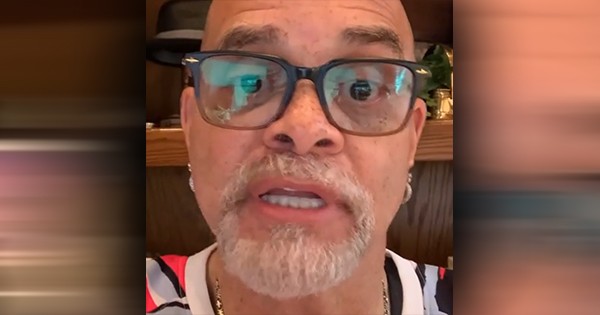 64-year old stand-up comedian and entertainer Sinbad has reportedly suffered from a stroke. However, his family has confirmed that he is recovering in an official statement they released to the public.

It is out of sincere love that we share Sinbad, our beloved husband and father, is recovering from a recent stroke,” the statement read. “Sinbad is a light source of love and joy for many generations. While he is beginning his road to recovery, we are faithful and optimistic that he will bring laughter into our hearts soon. Our family thanks you in advance for your love and support and ask for continued prayers for his healing. We also ask that you please respect our privacy during this time.’ Thank you.”

Sinbad is best known for his stand-up comedy but also starred in A Different World from 1987 to 1991. He also went on to star in various movies including First Kid, Jingle All The Way, Good Burger, and Necessary Roughness. 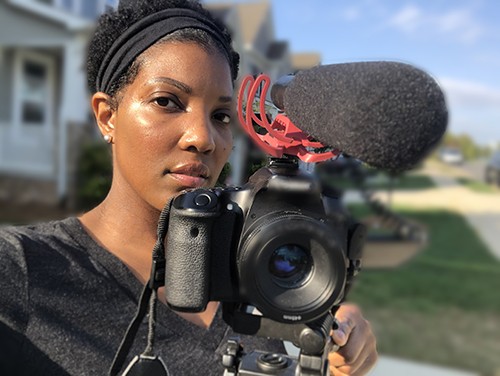 After two years of crowdfunding to raise $15K to film her documentary, Brandi Webb has finished her “Betrayal of a Nation” film project and is now looking to partner with a distributor like Netflix, Hulu, or UMC.

New York, NY — Filmmaker Brandi Webb is the director of an experimental documentary that indicts the U.S. Government on 18 charges, for crimes committed against Black and Brown citizens. Her documentary, Betrayal of a Nation, is a two-part series that intertwines scripted courtroom dialog with out-of-court real-life interviews with experts and witnesses. These interviews highlight oppressive acts such as the destruction of Black Wall Street in Tulsa, OK and the execution of Civil Rights leaders carried out by the government. These interviews are used as testimonies and serve as trial evidence.

Previously, Webb held a crowdsourcing campaign with GoFundMe, to raise money to complete the film. She is thankful to all of her donors. Nearly reaching her goal, she was able to complete this compelling project. Brandi is now taking imperative steps towards achieving distribution. Webb says that she would like to see Betrayal of a Nation on mainstream platforms like Netflix, Hulu, and UMC – a Black-owned streaming service, but is open to other platforms. She believes the more viewers reached, the more the documentary can help to influence substantial change in America.

For those that would like to support Betrayal of a Nation and Webb’s efforts to obtain distribution, she is asking that you spread the word, share and repost social media content about the film, and participate in the #BONChallenge; a self-recorded black and white video where citizens dressed in black, read off their own charges to the government. Additionally, supporters can also add an image of themselves to the documentary’s movie poster and share their stories of betrayal on their social media platforms.

“It is time to put an end to the injustices faced by so many over the years and that continues to plague our society and the world at large. This documentary is educational, thought-provoking, inspiring, and very timely,” spoken by actress Marsha-Ann Hay, who portrays the judge in the film.

“Betrayal of a Nation speaks to the awakening of all America’s tricks that have kept a knee on our necks. The film must be seen by all newly woke minded people who say America wrote a check and now it’s time to cash,” stated radio personality, Tamera Fair, (I Heart Radio) who advocates for reparations in the documentary.

Following the 2016 murders of Alton Sterling and Philando Castile by police officers, Ms. Webb became overwhelmed with emotion and was frustrated with the countless acquittals and non-indictments of these police officers, throughout the nation. She created Betrayal of a Nation in an effort to educate and explore the social injustices in America by the hands of our government. Following the recent outcry and protests surrounding the unjust murders of Breonna Taylor, Amaud Arbery, and George Floyd, the need for a real-life indictment on U.S. Government policies and practices has become more clear to Ms. Webb and she believes anything is possible.

“We have a strong momentum going right now. People are in the streets, they are waking up to all of the injustices, and the things that the Black community has been asking for, like police transparency and accountability, we are now demanding it and change is happening. Laws and policies are beginning to change,” said the indie filmmaker.

For more details about the film, visit www.yet2evolve.com/betrayalofanation