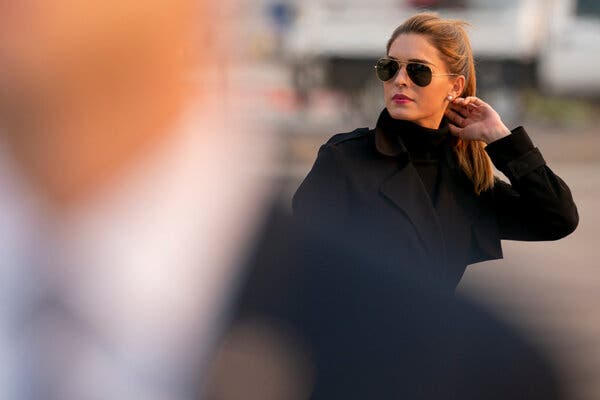 Hope Hicks, one of President Trump’s most senior advisers, has tested positive for the coronavirus, three people familiar with the matter said Thursday night.

Ms. Hicks is the closest person to the president known to have contracted the virus. She traveled with Mr. Trump to the presidential debate in Ohio on Tuesday and accompanied him aboard Air Force One to Minnesota for a campaign rally on Wednesday night.

Officials at the White House have known since Wednesday evening that she had the virus. Her condition was first reported by Bloomberg News, which also said that she had been quarantined on the flight home. It was unclear when she took the test that resulted in a positive diagnosis.

A White House spokesman, Judd Deere, would not comment directly on her condition. “The president takes the health and safety of himself and everyone who works in support of him and the American people very seriously,” Mr. Deere said. “White House Operations collaborates with the Physician to the President and the White House Military Office to ensure all plans and procedures incorporate current C.D.C. guidance and best practices for limiting Covid-19 exposure to the greatest extent possible both on complex and when the president is traveling.”